Adaptive Streaming: An essential you never knew you needed.

This article is the fourth part of our series, 5 Things you need for a Stutter Free Webcast.

Accept that many of your users don't actually have high speed connections.

So you have a blazing fast connection, a dedicated encoder and a top-of-the-line CDN.  Now you're ready to push full res HD to your viewers, right? 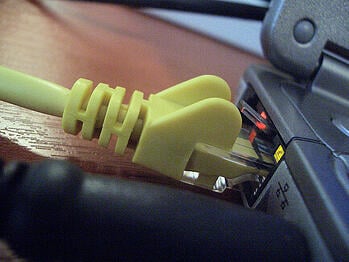 Actually, your viewers tend to be the weakest link in the live webcast production chain.  While a lot of internet service providers throw around the phrase "High Speed Internet", the truth is their customers are rarely getting the advertised speeds.  In fact, a recent study by the FCC found that on average consumers got about half the bandwidth they were promised.

Still the report says the average US consumer's connection speed is 3Mbps, which would be enough to stream a pretty good HD webcast.

There are two problems.  First, while our own numbers back that up in the US, our numbers show us that only 25-35% of viewers outside the US are capable of receiving an HD stream.  Second, if you want to maximize your audience, you can't plan for the average consumer.  That would eliminate about 50% of your audience.  To have 90-95% of people who want to watch your webcast actually see it, you need a plan to accomodate viewers with connections in the 5th-10th percentile--some pretty miserable connections.

Anecdotally, during events we've contacted viewers experiencing problems to troubleshoot and improve our system.  Poor connection speed, even on supposedly high speed DSL connections, is the number one cause of why viewers report a poor viewing experience.

There are three strategies to accommodate the largest possible audience.  Of course, each has their trade-offs.

Next up, how to deal with the unexpected.