How to avoid disaster during a live webcast

This article is the fifth part of our series, 5 Things you need for a Stutter Free Webcast.

Have a backup plan

No matter what you do, occaisionally, all hell breaks loose during a live webcast.  It's just a fact of live productions.  It happens, even for the largest, most elaborate, best planned, most experienced event producers.

We believe that the right strategy is not to pretend that it won't, but assume that it will.  The ultimate goal is to walk away from an event where no one even suspected anything happened.  Failing that, just making sure people get to see the event, even at less than 100%, is far better than viewers not able to see anything at all or having the webcast be unwatchable.

Here are some of the strategies we've developed to make our webcasts as seamless as possible, even when the unexpected happens.

Have seamless backups for critical systems

In webcasting, there are two things you can't live without, power and the internet.  If your primary source for either fails, make sure you have a secondary source.  Ideally, you should be able to switch to your back up source seamlessly or nearly seamlessly with minimal interruption to the event.

In our case, we've developed players that can automatically switch to a back up stream should we lose the internet connection for the primary stream. 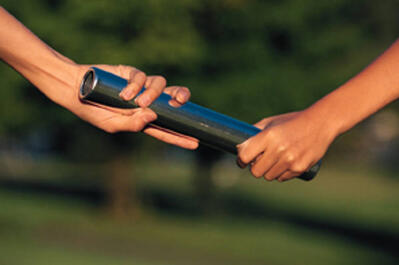 At a major ski competition a few years ago, the snow was so heavy it knocked out the wireless internet connection.  The webcast provider (not us) skied tapes of the event down to the bottom of the mountain and streamed the competition from a hard wire connection.

In spite of the time it took to relay the tapes to the bottom (15 minutes or so), the audience barely noticed.  Even after viewers on the chat reported the winners, most of the viewers kept watching.  That's the benefit of taking the time to create a quality, compelling show. Without that suspense keeping their attention, the viewers were still so engaged, they wanted to see the content.  While a 15 minute delay is less than ideal, it's far better than nothing at all.

What ideas do you have to deal with the unexpected?